EA made thousands of gamers irate due to its comment on reddit.com stating “The intent is to provide players with a sense of pride and accomplishment for unlocking different heroes.”

One user complained that after paying $80 for its game, Star Wars Battlefront 2, Vader is locked and the only way to unlock Vader is to either pay from its microtransaction or play hundreds of hours. Due to overwhelming amount of gamers demanding refund, EA removed the refund button on their webpage and you have to call them and wait to get a refund. 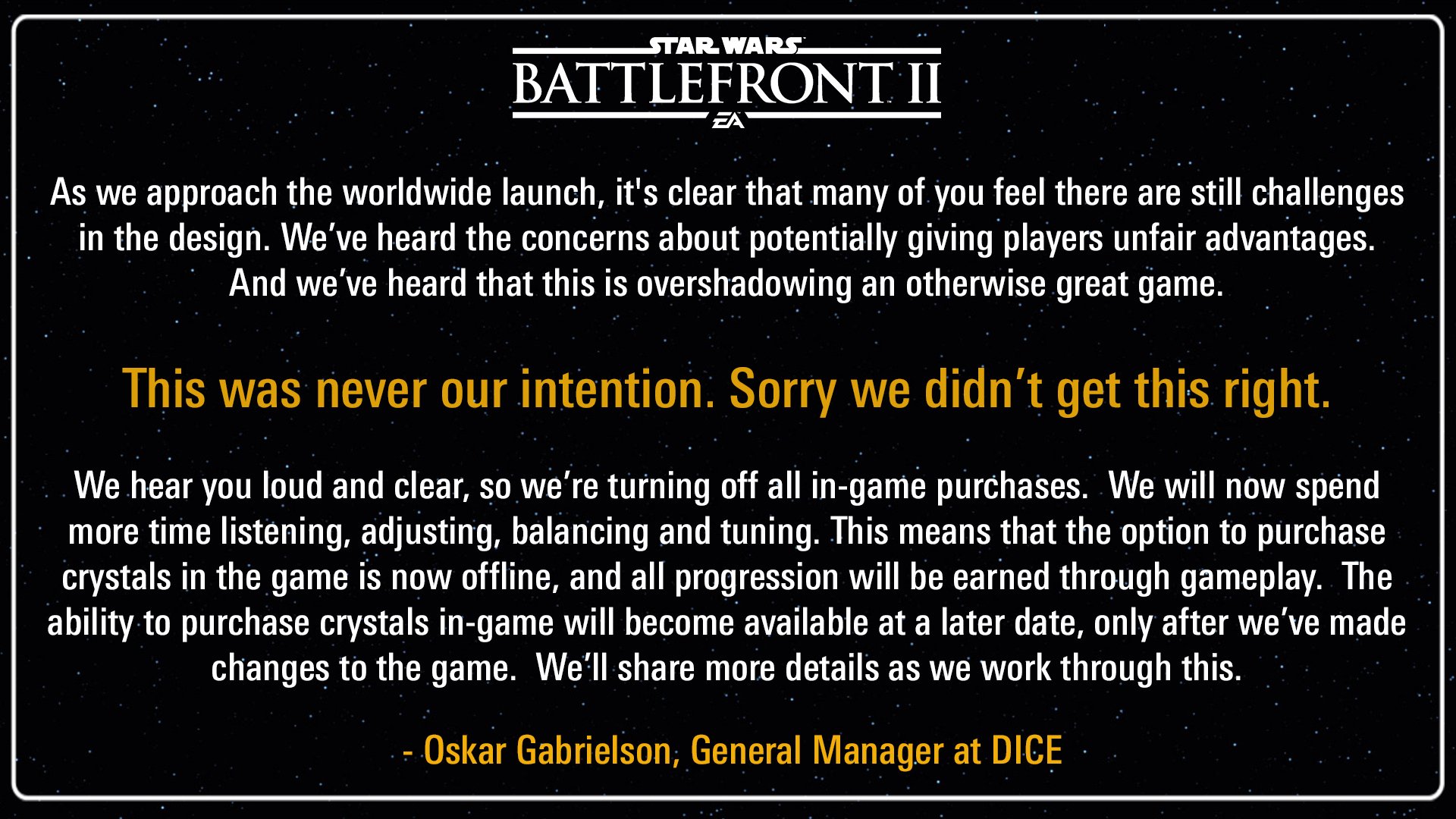 In response to gamer’s backlash, EA released a statement. However, this made gamers even more irate due to its change. EA cancelled its microtransaction for now and will be bringing microtransaction at a later date.

Good job, EA. See what you did. We’re not proud of you.